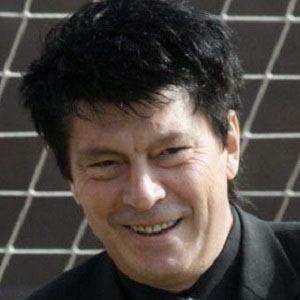 Russian goalkeeper who was considered one of the best in the 1980s. He helped lead his national team in three World Cup tournaments.

He won the Soviet championship in 1979 and 1987 as the goalkeeper for Spartak Moscow.

He was nicknamed The Iron Curtain for his goal-stopping prowess.

He was born in Astrakhan, on the Volga River, into a family of Tatar descent.

He and Lev Yashin are widely considered the two best Russian goalkeepers of all time.

Rinat Dasayev Is A Member Of