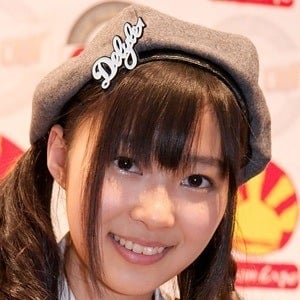 Pop star best known as a member of HKT48's Team H and, formerly, AKB48. She is also an actress who has been featured on shows like Koinaka and in films like I'll Give It My All... Tomorrow (2013).

She was born in Ōita, Japan.

She and Minami Minegishi have both been members of AKB48.

Rino Sashihara Is A Member Of