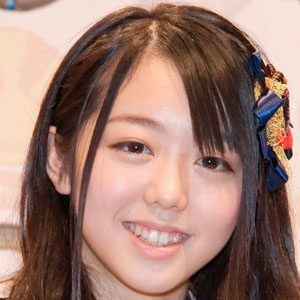 Japanese singer known for being an original member of the popular girl group AKB48. She is also an actress who has appeared in films like 2007's Densen Uta and 2011's Moshidora.

She made international news for her tearful apology made after being demoted in AKB48 for spending the night at her boyfriend's house.

She has been in a relationship with Alan Shirahama of the dance troupe Generations from Exile Tribe.

Minami Minegishi Is A Member Of