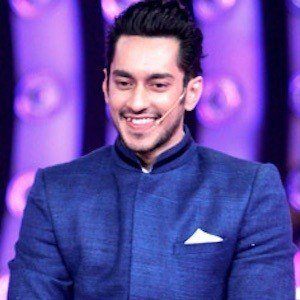 Indian actor known for playing Ayaan on the show Qubool Hai and Sushant in the movie Kaanchi: The Unbreakable. He's also appeared on the reality show Splitsvilla.

He first started to appear prominently on television in 2012, landing the role of Ayaan while also making his first appearance on Splitsvilla.

He appeared on season nine of Bigg Boss, coming in second place.

He grew up in the southern Indian city of Gurgaon.

He appeared alongside Karan Singh Grover on Qubool Hai.

Rishabh Sinha Is A Member Of