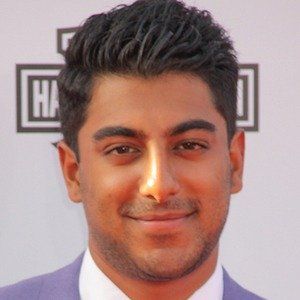 TV actor best known for his role as Linus on the ABC Family show Stitchers. He was cast in the 2016 film The Jungle Book as Mowgli's father.

His first TV appearance was in an episode of Law & Order in 2010.

Before he began to get work as an actor, he worked as a production assistant on the movie The Happening.

He is Indian-American and is from New York. He is a middle child, with one brother and one sister.

He also appeared in the film The Last Airbender, which was directed by M. Night Shyamalan.

Ritesh Rajan Is A Member Of