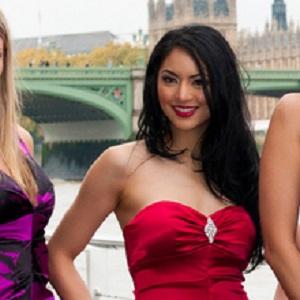 Famous for her Miss Universe Canada, Miss World Canada, and Miss Earth Canada beauty pageant titles (held in 2013, 2011, and 2006, respectively), Santos is also known for her appearance on the second season of Pinoy Big Brother's Celebrity Edition, as well as for her television hosting work during the 2008 and 2009 Asian Poker Tours.

Following her graduation from high school, she studied engineering at the University of Calgary and worked for the Canadian International Development Agency.

A clerical error resulted in Denise Garrido initially being named the winner of Miss Universe Canada 2013. A day after Garrido was crowned, the news broke that Santos had actually won the competition.

She grew up in Calgary, Alberta, Canada in a family of Filipino, Chinese, and Spanish descent.

She appeared with Filipina actress Anne Curtis in the 2008 film When Love Begins.

Riza Santos Is A Member Of