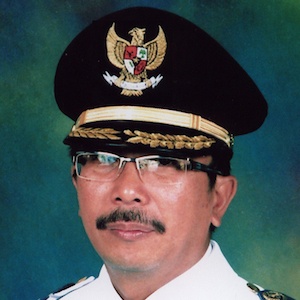 Indonesian politician who began his first term as the tenth mayor of Balikpapan in 2011, and began his second term in 2016. He served as the deputy mayor from 2006 to 2011 under Imdaad Hamid.

He previously worked in journalism as the Kaltim Post Balikpapan daily managing editor from 1990 to 1995, and as the editor-in-chief from 1995 to 2006.

His wife is former banker Yohana Palupi Arita. Together they have three children, Ariza Oktavialdy, Muhammad Rizky and Aisyah Febria.

Rizal Effendi Is A Member Of