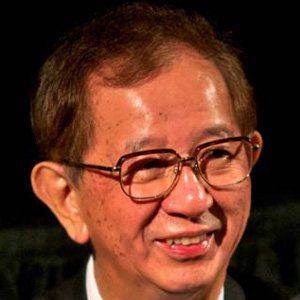 Taiwanese chemist who received the Nobel Prize in Chemistry in 1986 for his work on the dynamics of chemical elementary processes. He was also the President of the Academia Sinica of the Taiwan from 1994 to 2006.

He played on the ping-pong team at his high school in Taiwan.

He was the first Taiwanese Nobel Prize laureate.

He has three children with his wife Bernice Wu Chin-li, who he met in elementary school.

He won the Nobel Prize in 1986, the year after Jerome Karle did.

Yuan T. Lee Is A Member Of