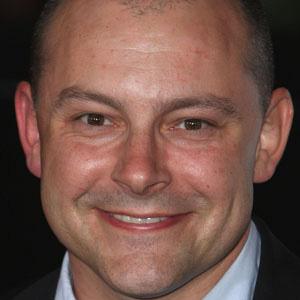 Actor who won an Emmy Award for his role as Dr. Blake Downs, a parody version of Patch Adams in the series he created, Children's Hospital. He was previously a Daily Show with Jon Stewart correspondent.

He was a part of sketch comedy groups which included Third Rail Comedy and The Naked Babies.

He played Ben Stiller's best friend in The Heartbreak Kid.

His younger brother, Nate is also an actor. In 2002 he married Sandra Corddry, together they had two daughters.

He was in the comedy, Hot Tub Time Machine with John Cusack.

Dog Days
How to Be a Latin Lover
Warm Bodies
More