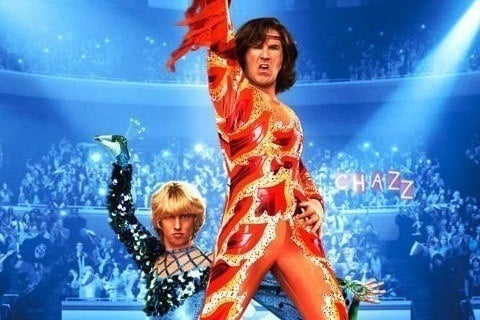 Olympic rival figure skaters, Chazz Michael Michaels and Jimmy MacElroy have been banned from competing as singles, but if they compete as a pair, they can take home the medal.

Jon Heder and Will Ferrell had to learn how to ice skate prior to the film. Will Ferrell improvised many of his lines in the film.