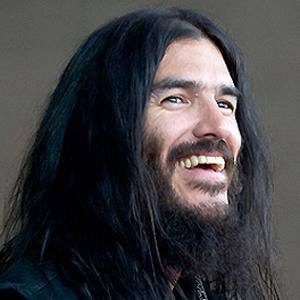 In his last year of high school, he founded the thrash metal band Forbidden.

His debut album with Machine Head, Burn My Eyes, made the band instantly popular.

He was born Lawrence Mathew Cardine and raised in Oakland. He has been married to Genevra Flynn.

To honor Ronnie James Dio, he made a cover of Black Sabbath's song "Die Young."

Robb Flynn Is A Member Of