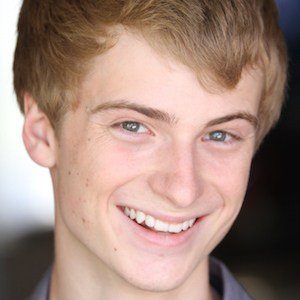 Hosted the web series Equals Three (=3) from 2014 to 2015, serving as the successor to Ray William Johnson. In December of 2015, he and fellow YouTuber star Jules Medcraft created a channel called Robby and Jules.

He made his stage debut in a Nativity pageant called Nativity: The Musical. He was in the award-winning show choir program at John Burroughs High School.

He took a leave of absence from Muhlenberg College, where he was pursuing a BA in Theatre, after his audition for Equals Three. He has a self-titled YouTube channel that has more than 60,000 subscribers.

He was born in Burbank, California and has a brother named Jacob.

He has appeared on Benny and Rafi Fine's series YouTubers React.

Robby Motz Is A Member Of