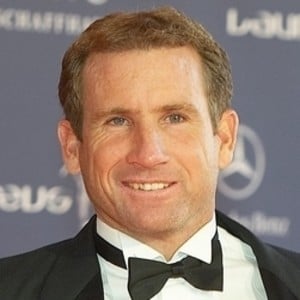 Professional Windsurfing Association Hall of Fame inductee who was the one first athletes to gain international acclaim in the sport of windsurfing. He won consecutive Overall World Championships between 1983 and 1987 and was a PWA World Champion in 1988, 1989 and 1991.

He took up windsurfing at the age of 11 while living in Kailua, Oahu, Hawaii. He won his first overall World Championship when he was 13 years old.

He became a kitesurfer during the 1990s, and would win a kiteboarding slalom world title in 1998. He then won world titles in both slalom and jumping as a kitesurfer.

He and Gal Fridman are both champion windsurfers.

Robby Naish Is A Member Of