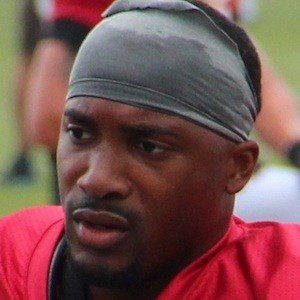 NFL cornerback who was drafted in the second round by the Atlanta Falcons in 2013. He appeared in all 16 games as a rookie and became a regular starter in 2014.

He attended Southeastern Louisiana University, where he was a first-team All-Southland selection as a senior.

He also played wide receiver in high school and ran track, winning the 400 meters at the Region II-5A Championships in 2008.

He was born to Robert Cox and Gloria Bridgewater and has two brothers, one of whom spent time with the New Orleans Saints.

He and Desmond Trufant were both drafted by the Falcons in 2013.

Robert Alford Is A Member Of