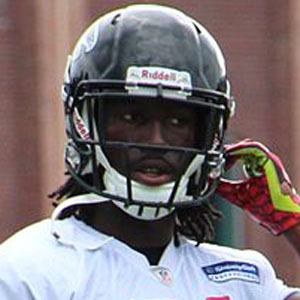 University of Washington star defensive back who was selected 22nd overall by the Atlanta Falcons in 2013. He was named the Defensive Rookie of the Year by ProFootballFocus.com

He played cornerback and running back, while also competing in the triple jump at Woodrow Wilson High School.

He set a Falcons team record in 2013 by defending 17 passes as a rookie.

He is the brother of Marcus and Isaiah Trufant, who have both played cornerback at the NFL level.

He intercepted a Kirk Cousins pass during the fourth quarter to help secure a win for the Falcons on December 15, 2013.

Desmond Trufant Is A Member Of