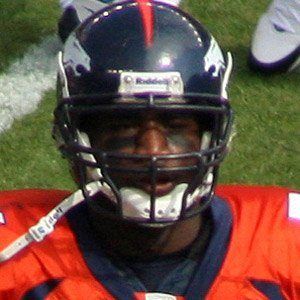 NFL defensive end who starred at the University of Tennessee before being drafted 18th overall in the 2009 NFL draft by the Denver Broncos.

He made first team All-SEC in 2008 while playing defense at Tennessee.

He had his first career sack on September 12, 2010, as his Denver Broncos lost the Jacksonville Jaguars, 24-17.

He was drafted into a Broncos defense that starred Champ Bailey.

Robert Ayers Is A Member Of