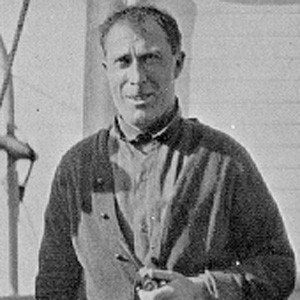 He led many arctic expeditions for the Explorers Club, the National Geographic Society, and later the U.S. military.

He served on several fishing and merchant vessels while earning his master's degree.

He was on the ill-fated Karluk expedition when their leader abandoned the group. Bartlett led the other members of the expedition to safety.

His father, Captain William James Bartlett, was a well-known fish and seal merchant.

He accompanied Robert E. Peary on an expedition to the North Pole.

Robert Bartlett Is A Member Of