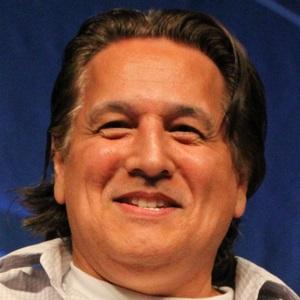 Known best for his Golden Eagle Award-winning and ALMA Award-nominated role as Chakotay in the science fiction series Star Trek: Voyager, this California-born actor is also famous for his title role in a 1982 dark comedy film called Eating Raoul.

After studying theater at California State University, Fresno, he was cast in the 1981 movie Zoot Suit.

He and his nine siblings grew up in Bakersfield, California, as the children of Mexican-American parents Aurelia and Louis Beltran. One of his brothers, Louie Cruz Beltran, had a successful career as a musician.

He and Kate Mulgrew were co-stars on Star Trek: Voyager.

Robert Beltran Is A Member Of