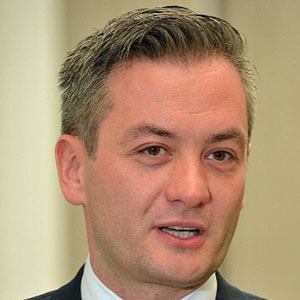 He was awarded the French National Order of Merit on July 20th, 2016.

He was born and raised in Rymanow, Poland and entered into a Domestic Partnership with Krzysztof Smiszek.

Bronislaw Komorowski is a fellow Polish politician also known for having served as a member of the Sejm.

Robert Biedroń Is A Member Of