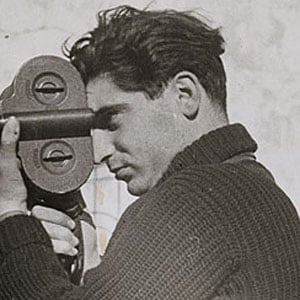 Hungarian war photographer who documented the Battle of Normandy on Omaha Beach and the liberation of Paris during World War II.

In 1933, he moved from Germany to France because of the rise of Nazism and worked as a freelance journalist.

During the end of World War II, he became the lover of actress Ingrid Bergman, who was touring in Europe to entertain American soldiers.

Robert Capa Is A Member Of