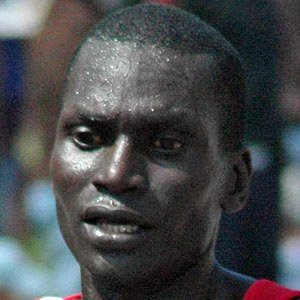 Marathon runner from Kenya who is a multiple-time winner of the Boston Marathon. He has also won the Rotterdam Half-Marathon, which he won in 2004.

He grew up poor in Kenya and worked at a barber shop for meager pay.

He suffered a brain contusion when he collapsed on the concrete immediately following his victory at the 2006 Chicago Marathon.

He is one of five children born to his mother.

He and Meb Keflezighi are both winners of the Boston Marathon.

Robert Kipkoech Cheruiyot Is A Member Of