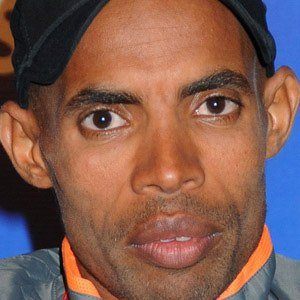 American long distance runner who was a silver medalist in the 2004 Olympics and ranked fourth in the 2012 Summer Olympics.

His family were refugees who came from Eritrea to the United States.

He fathered a child with Yordanos Asgedom, whom he married in 2005.

He and Dathan Ritzenhein both became world-famous long distance runners.

Meb Keflezighi Is A Member Of