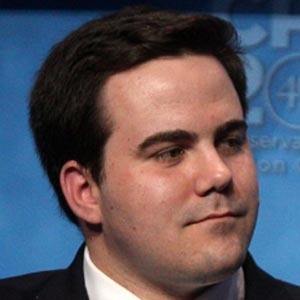 Journalist who has served as a political reporter and analyst for The Washington Post, MSNBC and NBC News. He has won praise for coverage of events like the 2013 U.S. federal government shutdown.

He graduated from Pennsbury High School in Fairless Hills, Pennsylvania. He later earned a Master's degree in politics from the University of Cambridge.

He served on the board of trustees at the University of Notre Dame from 2014 to 2017.

His parents are Thomas and Anne-Dillon Costa. He has three siblings.

Robert Costa Is A Member Of