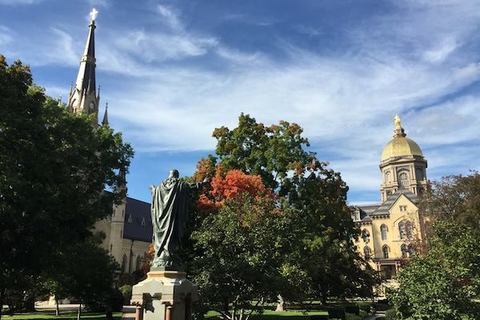 The school is widely known for its Word of Life mural, which is visible from the school's football stadium and is commonly known as the Touchdown Jesus mural.