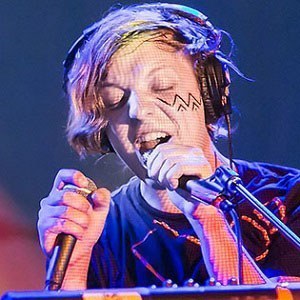 Pop singer and multi-instrumentalist notable for his work in the electronica music genre. He released a 2013 Glassnote Records album titled Just Movement.

While studying music at Azusa Pacific University in Southern California, he was the drummer for a band called The Denouement.

His 2014 single "Long Way Down" rose to number four on the Billboard Alternative Songs chart.

The child of a drummer father, he spent his youth in a suburb of Seattle, Washington.

He and fellow electronic musician and producer Dillon Francis both created work in the Moombahton (reggaeton and house music fusion) music genre.

Robert DeLong Is A Member Of