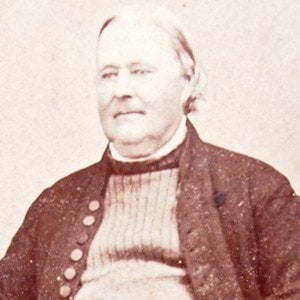 British poet and Anglican priest who published a famous 1825 work entitled The Song of the Western Men. His other works include Echoes from Old Cornwall and Tendrils.

He studied at Pembroke College, Oxford, and was awarded the Newdigate Prize for poetry in the year of his graduation (1827).

He was an eccentric personality who occasionally dressed as a mermaid, kept a pet pig, and allegedly excommunicated his cat for hunting mice on Sundays.

His first wife Charlotte was twenty-two years his senior. After her death, he married Pauline Kuczynski (who was forty years his junior) and had three daughters.

Charles Dickens gave Hawker credit for having written The Song of the Western Men, which had originally been falsely attributed to someone else.

Robert Stephen Hawker Is A Member Of