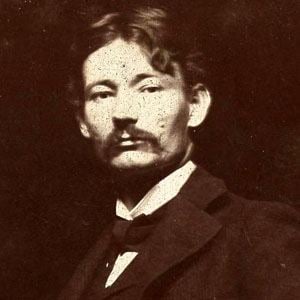 American realist painter associated with the Ashcan School and known for "Salome" (1909) and other works.

He studied art at the Pennsylvania Academy of the Fine Arts in Philadelphia where he was taught by the famed Thomas Anshutz; he then studied at the Académie Julian in Paris with the realist William-Adolphe Bouguereau.

He organized the groundbreaking art show, "The Eight," at New York's Macbeth Galleries in 1908.

He was the son of a Cincinnati real estate developer, and he was a distant relative of American Impressionist painter .

He inspired Everett Shinn, who became another leading figure in the Ashcan movement.

Robert Henri Is A Member Of