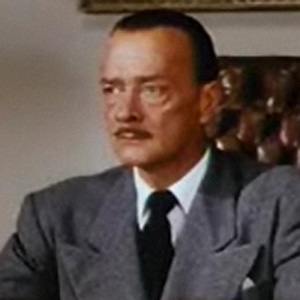 Character actor of the 1950s who played Marlon Brando's enemy in the musical film Guys and Dolls. He played her love interest in the 1953 film, The Wild One.

He was born in the town of Fowler, Indiana.

He played Richard Kimble's father in the TV series The Fugitive, and had lead roles in episodes of Alfred Hitchcock Presents and The Twilight Zone.

He married four times and had two children. He was married to Dorothy Tierney from 1930 to 1966.

His son from his second marriage, Brian Keith, also became an actor.

Robert Keith Is A Member Of