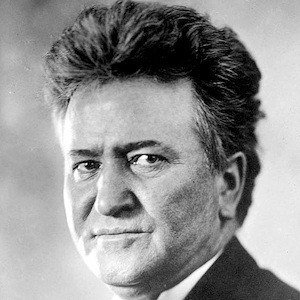 American Republican politician who represented Wisconsin in the U.S. House of Representatives and the Senate. He also served as Governor of Wisconsin from 1901 to 1906.

He attended the University of Wisconsin–Madison where he became interested in public speaking and won a Midwestern oratory competition his senior year.

The School of Public Affairs at the University of Wisconsin–Madison was named after him.

He married Belle Case La Follette, with whom he had four children.

In 1957, he was named one of the five greatest senators to date, alongside Henry Clay.

Robert M. Lafollette Sr. Is A Member Of