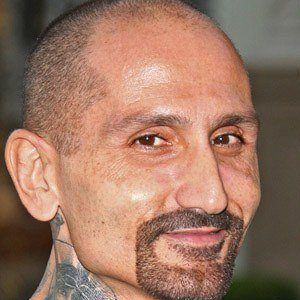 Tattooed character actor who played roles in the 1994 film, Leon: The Professional and the 2008 film, Death Race. In 2014, he appeared as Inmate #297 in The Human Centipede 3, which featured a centipede of over 500 surgically altered people.

He had his breakout role in the science fiction prison film, Death Race.

He had recurring television roles in Nip/Tuck, CSI: Miami, and General Hospital.

He grew up in a foster home away from his parents.

He had one of his earliest recurring television roles with Dana Delany on China Beach.

Robert LaSardo Is A Member Of