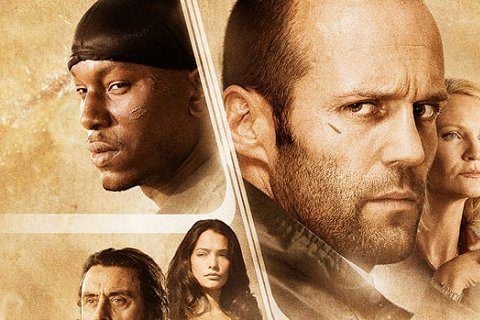 The first installment in the series finds ex-con Jensen Ames being sent to a prison in a post-industrial world to compete in a deadly car race. Paul W.S. Anderson wrote, directed and produced the film.

The film is based on Ib Melchior's short story titled The Racer. Jason Statham worked out for months to be in proper shape for the film.