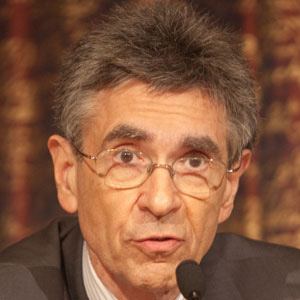 American physician-scientist who is best known for his work with G protein-coupled receptors. He has spent the majority of his career as an Investigator with the Howard Hughes Medical Institute.

He graduated from Columbia University College of Physicians and Surgeons in 1966 with an M.D.

He received the 2012 Nobel Prize for Chemistry for his work with G protein-coupled receptors.

He married Lynn Tilley in 1991 and has five children and five grandchildren.

He won the Nobel Prize with his colleague Brian Kobilka.

Robert Lefkowitz Is A Member Of