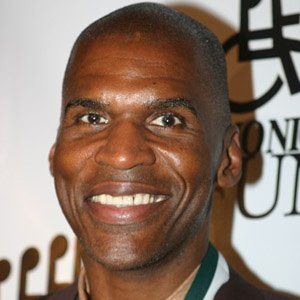 NBA center nicknamed "The Chief," who helped the Boston Celtics win three NBA Championships from 1981 to 1986. He was named to nine NBA All-Star teams and in 2003, he was inducted into the Basketball Hall of Fame.

Due to an egregious action by the NCAA, he became a college superstar at Centenary with no one to watch or notice his feats.

He set an NBA record by playing in 1,611 regular season games.

He had one child with Nancy Saad, whom he divorced in 1990.

He and Kevin McHale were longtime front court partners for the Celtics.

Robert Parish Is A Member Of