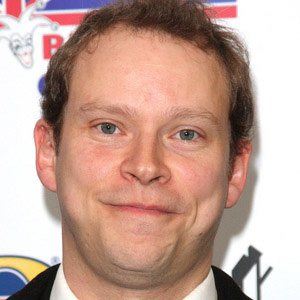 Comedian and actor best known for his work with David Mitchell. In 2012, he became the narrator of a television series called 10 Things I Hate About.

During his college years, he was a member of a theater group called The Footlights.

His show, That Mitchell and Webb Look, won him and his partner the 2007 BAFTA for Best Comedy Series.

He married fellow comedian Abigail Burdess in 2007. They have two daughters together.

He was once a guest on Lily Allen and Friends.

Robert Webb Is A Member Of