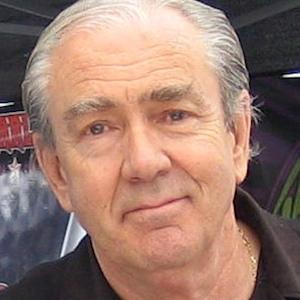 American painter and cartoonist who founded Juxtapoz Art & Culture Magazine and was known for such paintings as Oscar Wilde In Leadville and Appetite for Destruction. He was part of The Art Boys, which included Matt Groening, Mike Kelley, and Neon Park.

He was interested early on in watercolors. He mastered painting the specular reflection from chromed auto parts. He studied for a very short period of time at the California Institute of the Arts.

Appetite for Destruction, the name of one of his paintings, became the name of a Guns N' Roses album. It was also used for the cover art, but it caused so much controversy that Geffen Records placed it on the inside sleeve.

He had a tumultuous youth. His parents married and divorced each other four times, and he was involved in gang activity as a teenager. His wife, Suzanne, also worked as an artist.

Robert Williams Is A Member Of