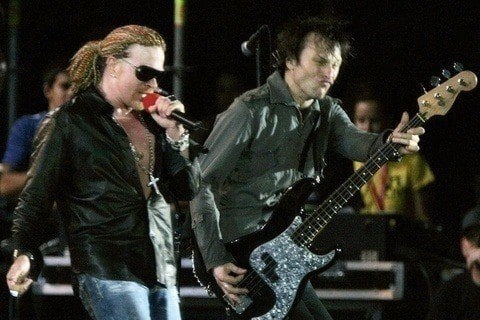 Iconic hard rock band whose debut album Appetite for Destruction hit number one on the Billboard 200 a year after its release. They are known for such hit songs as "Sweet Child o' Mine," "Paradise City" and "Welcome to the Jungle."

Their 1993 album "The Spaghetti Incident?" was a compilation of cover songs. After its release, they didn't put out another album until 2008's Chinese Democracy.