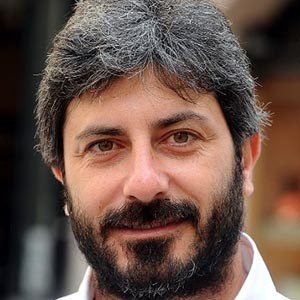 Italian politician who is known for being the President of the Chamber of Deputies. He is also known for being a member of the Five Star Movement and has previously served as the Chairman of the RAI Supervision Commission.

He graduated from the University of Trieste where he studied Communication. He held several jobs ranging from fabric importer from Morocco to butcher shop assistant before founding one of the Friends of Beppe Grillo meet up groups which would lead to his involvement in the Five Star Movement.

He originally wrote his thesis on the social and linguistic identity of Neapolitan neomelodic music.

He was born and raised in Naples, Campania, Italy.

He is a member of the Five Star Movement along with fellow politicians Luigi Di Maio and Alessandro Di Battista.

Roberto Fico Is A Member Of