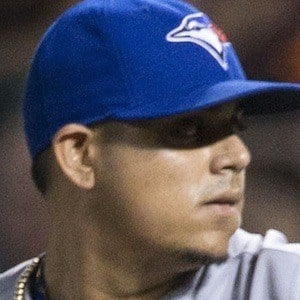 Debuting as a Major League Baseball pitcher with the Toronto Blue Jays in April of 2015, he helped lead the Jays to the 2015 ALCS where they fell to the Kansas City Royals. He became the youngest pitcher in American League history to record a save in the postseason at the age of 20.

He made his professional baseball debut with the Diablos Rojos del Mexico in 2011. He then played three seasons in the Blue Jays minor league system.

He has the distinction of being the first player born in 1995 to get called up to "The Show."

He quit school when he was 12 years old to help support his family and would pick vegetables with his father Roberto. His father pitched in the Mexican League for 22 seasons and his uncle Antonio was a pitcher in the MLB for 11 seasons.

He was a member of the Toronto Blue Jays 2015 pitching staff along with David Price.

Roberto Osuna Is A Member Of