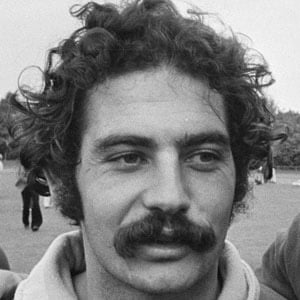 Brazilian midfielder famous for his graceful technique and prominent mustache who helped lead Brazil to victory at the 1970 FIFA World Cup. He is a member of the Brazilian Football Museum Hall of Fame and is widely credited with having perfected the dribbling move known as the "flip flap."

He was born in Sao Paulo and joined the youth squad at Clube Atletico Barcelona in 1962. He later made his first-team debut with Corinthians in 1965.

In 2004, he was included on legendary Brazilian striker Pele's list of the 100 greatest living soccer players.

He grew up in Sao Paulo, Brazil.

He won the 1970 FIFA World Cup alongside teammate Jairzinho on a Brazilian team which is often cited as one of the greatest soccer teams ever assembled.

Roberto Rivellino Is A Member Of