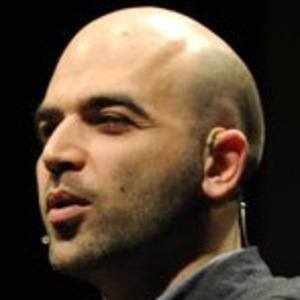 International journalist and author known for his investigative reporting on organized crimes and the Italian Mafia. He rose to fame with his bestselling books Gomorrah and ZeroZeroZero. He created the Italian TV crime series Gomorrah based off his book.

He began his journalism career writing for publications such as Pulp, Diario, and Sud in 2002.

He received constant death threats due to his book Gomorrah, which exposes the Naples mafia, and he has had to live under police protection.

He grew up in Naples, Italy. He studied philosophy at the University of Naples Federico II.

Gunter Grass was also an author and in favor of Roberto Saviano getting police protection following his book Gomorrah.

Roberto Saviano Is A Member Of