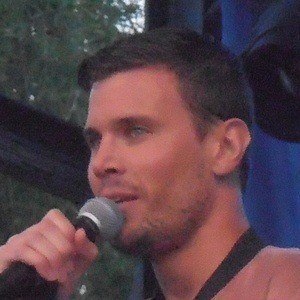 Swedish pop singer who first rose to fame as a competitor on 2008's Swedish Idol. He later went on to compete in Sweden's Melodifestivalen 2016 with the single "Constellation Prize."

After several years playing the trumpet, he began playing guitar at thirteen. Then, it was at seventeen that he auditioned for Swedish Idol.

In 2010, he competed on the Swedish version of the reality show Wipeout, finishing second.

He competed against winner Kevin Borg while on the show Swedish Idol in 2008.

Robin Bengtsson Is A Member Of