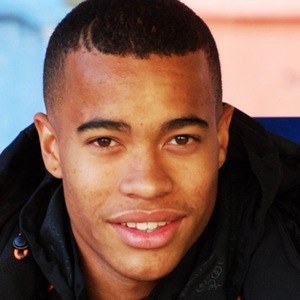 Swedish soccer player who's best known for playing for the club Mainz 05. He also played for Palermo and the Swedish national football team.

He started his youth career by joining the Swedish club AIK in 1997.

He made his debut for the Swedish national football team in the 2013 King's Cup against North Korea.

His father is Ghanaian and his mother is Swedish.

Both he and Franco Vazquez played for U.S. Città di Palermo.

Robin Quaison Is A Member Of