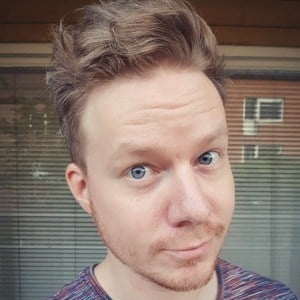 Swedish animator who is widely known for his PixlPit YouTube channel. He has gained widespread popularity there for his original cubed animations, including his Game Grumps Animated series, and animation tutorials.

He has earned more than 300,000 subscribers and 14 million cumulative views to his YouTube channel. One of his most popular videos there, "Game Grumps Animated: Rocket Grumps! (CHETREO REMIX) - Pixlpit Animations," has amassed more than 1 million views.

He was born and raised in Sweden. In February 2021, he revealed that he is becoming a trans woman.

He has animated various plot lines around fellow YouTube stars, including jacksepticeye.

Robin Torkar Is A Member Of