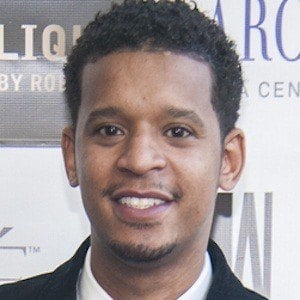 Celebrity chef best known as the star of the Bravo documentary series Chef Roblé & Co.. His high-end catering company Roblé & Co. has catered to the stars and he has since become a contributor for ABC's The Chew.

He inherited his cooking skill from his grandfather, Jesse Harris, a professional chef. He began cooking professionally at 15 and later studied at the Culinary Institute of America.

He has worked at prestigious restaurants and catering companies like Stanton Social, Beauty & Essex, and Avenue.

His older sister Jasmine appeared alongside him on the Bravo series Chef Roblé & Co..

His company has catered for celebrities like President Barack Obama, Leonardo DiCaprio, and John Legend.

Roble Ali Is A Member Of