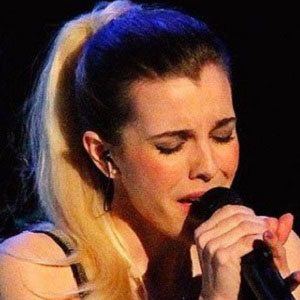 Former member of the Spanish girl group Sweet California, who secured a number one spot on Spanish music charts with the 2015 re-release of the 2014 debut album Break of Day. Sweet California's popular singles include "Understand (It's Over)" and "This Is the Life." She left the group in early 2016 and Tamy Nsue filled up the vacancy.

Her band debuted at the beginning of 2013 as a project of Must! Productions. The group's initial single, "Infatuated," quickly reached Spain's Top 40 music chart.

She was born and raised in Alicante, Spain. Her Sweet California band "family" consisted of fellow singers Alba Reig and Sonia Gomez.

She and Sweet California collaborated with Jake Miller on the song "Wonderwoman."

Rocío Cabrera Is A Member Of