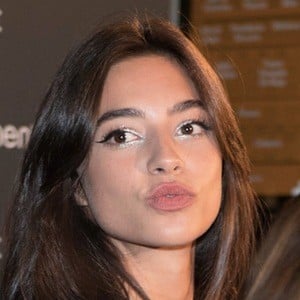 Spanish model who has appeared in several magazines such as Harper's Bazaar US, Elle Spain, XL Semanal, Vogue, Cosmopolitan, GQ South Africa, Yo Dona, and more.

She made her debut at the Mercedes Benz Fashion Week in Madrid in February 2015.

She studied Business Administration and Management at the San Pablo CEU University.

Her parents are journalists Mariló Montero and Carlos Herrera Crusset.

She appeared in a campaign for Brunello Cucinelli with Francisco Henriques in 2017.

Rocío Crusset Is A Member Of