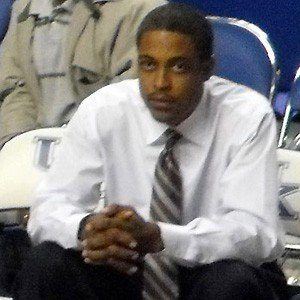 First team All-American at DePaul, played for nine NBA teams and led league in assists in 1998 as a member of the Washington Wizards.

He led Truman High School to a New York state title as a junior then spent his final high school season playing for Oak Hill Academy in Virginia.

He was named the godfather of Kyrie Irving, who was selected first overall by the Cleveland Cavaliers in the 2011 NBA Draft.

He married Cheryl Strickland in 1992.

After retiring, he became an administrative assistant to John Calipari at the University of Kentucky.

Rod Strickland Is A Member Of