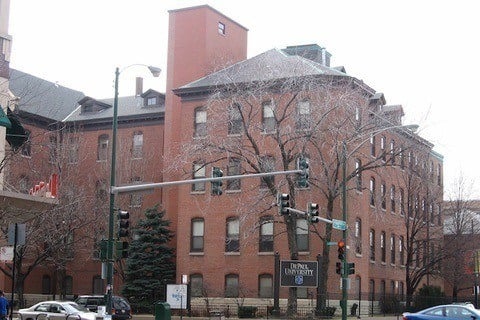 Private university founded by the Vincentians and originally called St. Vincent's College. It became one of the nation's largest Catholic universities.

The school's two main campuses are in Chicago, in Lincoln Park and in the downtown Loop area, and there are also additional campuses in the suburbs Naperville and O'Hare.