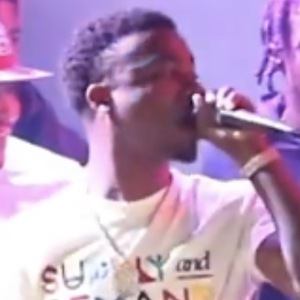 West Coast rapper who's considered part of the Trap genre. He's released a full-length album called Feed Tha Streets and he has over 39 million listeners on Spotify.

His track "Die Young" has racked up over 2 million SoundCloud listens and his work has landed on Apple Music's "The New L.A."

His grandmother was from Louisiana and he credits the time he spent with and in the South with informing his music. He and his girlfriend Allie Kay welcomed a son in April 2020.

He grew up acquainted with Kendrick Lamar.

Roddy Ricch Is A Member Of