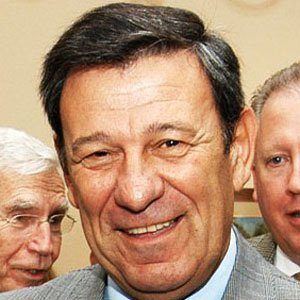 Vice President of Uruguay from 2005 to 2010 and famous leader of the Progressive Alliance.

Prior to entering politics, he received a very traditional, Roman Catholic education.

He was only the 14th Vice President of Uruguay during his reign and he began serving as a Senator of the Republic in 2010.

He had four children with wife Patricia Damiani.

He and Garret Hobart were both former Vice Presidents of their respective countries.

Rodolfo Nin Novoa Is A Member Of